Known for its strong civic outlook, the first Township Committee began representing citizens in1763. Today, Bethlehem has a population of about 4,000 involved residents. Homes, schools and businesses in Bethlehem Township receive their mail from post offices in Clinton, Asbury and Hampton, since the township doesn’t have its own mailing address. Quaint and historic hamlets in the township include West Portal and Pattenburg.

Official records dating back to 1730 mention Bethlehem, which was incorporated in 1798 and named one of New Jersey’s first 104 municipalities.

One of the original families to settle in the area were the Willivers, who came to Bethlehem in 1723. The family barn was built that same year; it is the oldest building in the township and the second-oldest in Hunterdon County.

Largely a farming community, Bethlehem was also the site of Swayze Mine in the present-day Jugtown Mountain Reserve. While there were 41 known mines in Hunterdon County, the Swayze Mine was a top producer of magnetite ore. The actual opening date is unknown, but the mine was operational until 1889. When it was at its peak, it produced 16,000 tons of ore a year. At its deepest point the mine descended to 75 feet and the depths were reached by a tramway. In 1939 the mine reopened for two years and was called West Portal Mines. An estimated 253,000 tons of ore were excavated in that time period. There are still remnants of those days seen in ore dumps and rock pits.

The Lehigh Valley Railroad built Bellewood Amusement Park in Pattenburg, and celebrated with a grand opening on July 4th, 1904. During its 12-year heyday visitors enjoyed the park’s restaurants, dance hall, German beer garden, nature walks, picnic groves, bowling alley, Tunnel of Love, and steam-driven roller coaster. Bellewood was one of the largest amusement parks in the East in the early 1900s, attracting thousands of visitors including Teddy Roosevelt.

Bethlehem Township is easy to reach from Interstate 78 by exits in Bloomsbury or Union Township. Philadelphia is 71 miles away, New York City is 61 miles east, and Newark is about 50 miles from Bethlehem. Many residents commute to one of the many business and corporate campuses in the region.

Trans Bridge Bus Lines has weekday service to Port Authority in Midtown Manhattan from nearby Union Township or Clinton. The ride takes about an hour and 20 minutes.

The closest NJ Transit train station is about eight miles away in High Bridge. Service on the Raritan Valley line goes to Newark Penn Station, where riders can transfer to a Manhattan-bound train. The 6:21 am train arrives in Newark at 7:48 am and New York’s Penn Station at 8:08 am.

Public school students in kindergarten through grade eight are part of the Bethlehem Township School District. The district’s two schools are Thomas B. Conley School for kindergarten to grade five and Ethel Hoppock Middle School for grades six to eight. The district offers a comprehensive educational program for students that include fine and performing arts, interscholastic sports, a library, computers, enrichment, and basic skills instruction in both reading and math.

The school district’s goals are outlined in the mission statement: “The mission of the Bethlehem Township School District, in partnership with the community, is to provide a safe, nurturing child-centered environment that challenges each child to maximize his/her potential. Our students will acquire the skills and knowledge to enable them to become independent, respectful, responsible citizens who strive for excellence and embrace learning as fundamental to successfully adapt to our ever changing global community.”

Thomas B. Conley School is located at 940 Iron Bridge Road. The school’s mascots are the Longhorns, and 320 students were enrolled during the 2011-2012 school year.

Art, music, library, computers, physical education/health activities, Spanish, and numerous co-curricular clubs such as ecology and a student council are among the offerings. Fourth and fifth grade students also participate in instrumental music.

Ethel Hoppock Middle School at 280 Asbury-West Portal Road enrolled 200 students in the 2011-2012 school year. The school was designated a 2011-2012 NJ Reward School, one of only three Hunterdon County schools to be designated by Governor Christie for demonstrating high levels of student growth. Only 112 schools in the state received this honor. The four levels of performance are priority, focus, reward (highest progress), and reward (highest performing).

All students are taught core academic subjects including mathematics, language arts, social studies and science. Spanish is taught to all students as part of the regular academic program. Additional courses in gym, computer technology, music, health and art round out the core program.

North Hunterdon High School is located at 1445 Route 31 in Annandale. Recognized as a National Blue Ribbon School of Excellence by the U.S. Department of Education in 2002, North Hunterdon High School attained the highest award a school can achieve. Additionally, the high school has been cited by major publications such as The Washington Post, Newsweek and New Jersey Monthly for their outstanding academic and athletic programs. The school has also received Best Practice Awards from the New Jersey Department of Education in Mathematics, Special Education, Music and Science.

Tower Hill Reserve is a 216-acre park located on former farmland at 944 Mountain View Road. It contains meadows, forested slopes and wetlands. The farmhouse, built by Conrad Wene before his death in 1848, started out as a one-room cottage. Private owners sold the property to Hunterdon County in 1983.

Charlestown Reservation at 40 Charlestown Road encompasses 200 acres and is held in trust as a conservation area. It was formerly owned by Charles and Harriet Hovies who used the acreage as a tree farm and also grew corn, wheat and apples.

Jugtown Mountain Reserve is located at 408 Mine Road and is a 153-acre nature preserve at the peak of the Musconetcong Mountain near the hamlet of West Portal. It traces its name to the rock ledges where moonshiners hid their jugs to avoid government authorities during Prohibition. The county acquired the reserve in 2001.

Heritage Park off Vliet Farm Road between Route 173 and the Musconetcong River features a huge open-sided picnic pavilion, snack shack and sports fields. A stone memorial is dedicated to Port Authority officer Stephen Huczko, a Bethlehem resident who died at the World Trade Center on September 11, 2001.

David Reynold’s Tavern at the corner of Charlestown and Norton Roads is also known at Bethlehem’s “First Municipal Building.” Opened in 1763, David Reynolds’ Tavern was mainly used as a place for workers from the nearby Union Forge to eat and sleep. The British Parliament’s Stamp Act of 1765 angered farmers in Bethlehem who didn’t want to pay additional taxes, so they formed the Sons of Liberty group. Meetings were held at the tavern, making it the township’s first public meeting place. An interesting note about David Reynolds: he was so angered about paying taxes to the British that he started printing counterfeit money on the third floor of his tavern, hiding the illegal press in the side of the fireplace’s chimney. Once British soldiers discovered his covert operation, they captured and hanged him. The tavern is also called the Joseph Van Syckel residence for the family that lived there beginning in 1839.

The Pattenburg Inn at 512 County Route 615 has a longstanding history in Bethlehem. Luther Colvin built his grist mill here in 1790 in order to meet the needs of the growing farm community, thereby giving the area the name of Colvin’s Mill. In 1812, the mill was sold to Cummings & Dolphin for producing rye whiskey in accordance with the new U.S. Patent for distilling spirits from grain. The area then became known as “Patentburg” for the area’s best known product. The U.S. Postal Service misheard the name and listed it as “Pattenburg.” Today the historic Pattenburg Inn is open for lunch and dinner, and features live music and special events.

West Portal Pumpkin Patch at Modica Farms is a seasonal attraction that includes pumpkin picking, a petting zoo, corn maze and hayride from late September until Halloween. Located at 274 Asbury-West Portal Road, the farm is situated on 85 rolling acres with beautiful country views.

Dave’s Family Auction is located at 1119 Route 173 in the Pattenburg section of Bethlehem. Established in 1957, auctions take place every Friday and Saturday night in the huge, barn-like building. Admission is free and buyers can expect to find items ranging from snack food and tools to gold and diamond jewelry. 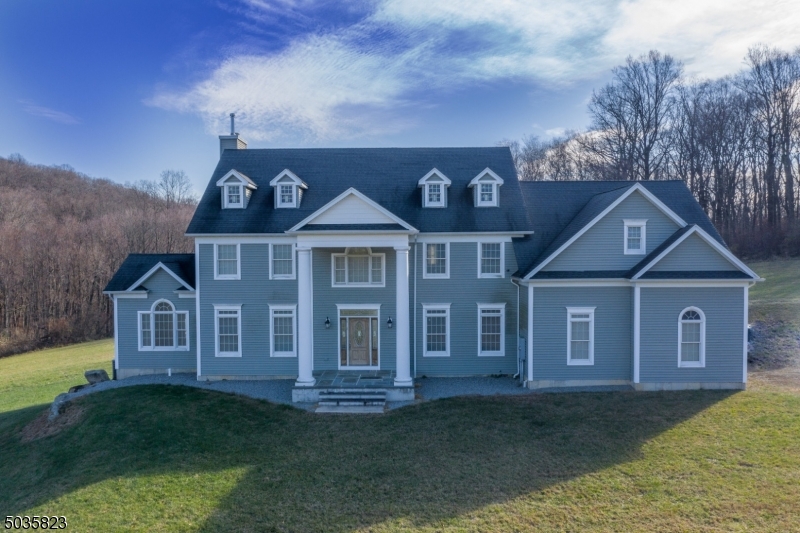