Raritan Township is one of the state’s “donut townships,” so-called because it completely surrounds the smaller borough of Flemington. This Hunterdon County municipality roughly resembles a diamond-shape and is bordered by Franklin, Readington, East Amwell, Hillsborough, Branchburg, Delaware, Kingwood and Clinton. With a population of about 22,000 residents, Raritan is the most populated township in the county, a surge that took place during the 1980s when residential development was at an all-time high.

Covering an area of about 38 square miles in the east-central part of the county, Raritan is located nearly midway between New York City and Philadelphia. Geographically speaking, the township encompasses part of the Amwell Valley and the Hunterdon Plateau. Acres of parkland, mountain and valley views, streams, creeks and the Neshanic and South Branch of the Raritan Rivers pass through the township.

A network of state and local highways in the township includes Routes 202, 31 and 12. The closest major highway is Interstate 78 in Franklin and Clinton Townships for travel to New York City, Newark or Pennsylvania.

Businesses located in Raritan include Johanna Foods, Hunterdon Medical Center and Stanton Ridge Golf and Country Club. Most residents travel to Flemington for their shopping needs, where there are grocery stores, services, chain stores, the historic village for boutiques and restaurants, and over 100 outlets and specialty stores at Liberty Village.

The land containing Raritan Township was purchased from Native American Indians in 1703. An Act of the New Jersey Legislature incorporated Raritan in 1838 from portions of Amwell Township (which no longer exists). By 1870, the town of Flemington was formed within the township, although it ceded from Raritan in 1910.

Throughout much of its history, Raritan Township has been an agriculturally-oriented community of farms producing dairy, cattle, horses and produce. While there has been much residential development from the 1960s through the 1980s, Raritan still enjoys rolling countryside views and protected farmland, remaining true to its rural heritage.

Quaint hamlets and villages in Raritan include Three Bridges, Croton, Copper Hill, Stanton Station, Voorhees Corner, Clover Hill and Reaville. Bonetown Road is located between Frenchtown-Flemington Road and Seargeantsville-Flemington Road. The colorful story behind its name tells of a family living in the area known to steal chickens. Once they were forced to move, neighbors were surprised by large piles of chicken bones left behind on the site.

A 2011 report in New Jersey Monthly magazine noted that home prices in Raritan Township were among the fastest-rising in the state in recent years. Based on its strong rural character, spread-out neighborhoods, and a wide selection of homes that are both newer and larger, Raritan continues to attract buyers who seek a place where they can be close to conveniences yet away from all the crowds.

Townhouse and condominium complexes in Raritan include Village Commons, South Main Village, Sun Ridge, Townsende, Victorian Square, Stone Gate, Concord Ridge, Coppermine Village and Carriage Gate. Some of these communities are located in the township but are just a few short blocks from amenities in downtown Flemington.

NJ Transit’s Raritan station is located about ¼-mile south of Route 202 between Thompson and Anderson Streets. The Raritan Valley Line provides direct service to Newark and connecting trains to New York City or Hoboken. The trip to Manhattan is generally about 90 minutes. Riders to Hoboken can take a ferry to midtown or downtown New York, or choose PATH train service to the Wall Street area, midtown Manhattan or Jersey City.

A Park and Ride stop on Route 31 in Clinton is a stop for Trans Bridge bus service to Manhattan, with occasional service to Newark Liberty and JFK International Airports. The bus ride to Port Authority in midtown takes about an hour and 20 minutes.

The district’s overriding goal is to foster each student’s intellectual growth by offering programs and experiences both in and out of the classroom. A comprehensive technology plan enhances instructional programs to prepare students for the demands of the 21st century. Known for their active group of volunteer parents and community members, the district was the first East Coast school chosen to implement MARE (Marine Activities Resources and Education) by the University of California at Berkeley.

Average class size is about 22 students, and the student to faculty ratio is approximately 11 to 1. A wide range of academic and athletic programs are designed to appeal to varied interests. There are 33 inter-scholastic sports teams, over 90 student activities and clubs, and award-winning music programs.

In 2002, Hunterdon Central Regional High School was the only school in the state to attain Blue Ribbon School status from the U. S. Department of Education for the second time; the school was initially given that honor in 1997. The Blue Ribbon designation is the highest national recognition a school can achieve. It recognizes excellence in both classroom instruction and educational environment.

Mine Brook Park at the corner of Old Croton Road and Capner Street has a picnic area, playground, walking trail, volleyball and bocce courts.

Bernadette Morales Nature Preserve is across the street from Mine Brook Park. This park contains over two miles of walking trails through wooded areas to observe nature. The park was named for Bernadette (Bunny) Morales, a popular teacher at the Robert Hunter School. It offers access to The Upland Reserve, where steep slopes rise up to 500 feet high for magnificent views.

Lone Cedar Park/Nature Preserve is reached beyond River Road off Packers Island Lane. There are 62 acres of natural beauty with benches located along the trail for nature or bird watching.

Blackwell Park is located at Everitts Road and Lavada Lane. Opened in 2009, it is one of the township’s newest parks. Seven acres provide a walking trail, tot lot, a basketball court and multi-use open area.

Heron Glen Golf Course is a public course that opened in 2002. Golf Digest magazine named the course one of the best places to play in 2011/12, giving it a four-star rating. It is located at 110 State Highway 31/202.

The Raritan Public Library at 54 East Somerset Street has the distinction of being one of the oldest and most historic sites in town. Housed in the General John Frelinghuysen House, it stands on land purchased in 1683 by Dutch settlers from Native Americans. The original part of the home was built in the early 1700s and through the years it served as a tavern, public meeting hall and jail. In about 1780 the clapboard part of the house was added by Colonel Frederick Frelinghuysen, who also may have added the first brick story adjoining the clapboard portion. The home was placed on the National and State Registers of Historic Places in 1971, shortly after it was donated to the town by Peter Frelinghuysen. Today the library has books, resources and activities for all age groups, from young children and teens to adults.

Case-Dvoor Farmstead off Route 12 on Mine Road is listed on the State and National Registers of Historic Places and owned by the Hunterdon Land Trust. The 40-acre property contains farm buildings from the late 18th to the early 20th centuries, and illustrates the transformation of farming practices during that time frame. The land itself is historic, having once been owned by William Penn. In 1880 the farm produced 2,300 gallons a milk, making it one of the township’s earliest dairy farms. The Hunterdon Land Trust hosts a popular seasonal Farmer’s Market at Dvoor Farm every Sunday from May to November.

The Urbach Farm is 108 acres of protected space that became open to the public in early 2012. It is one of the largest undeveloped parcels in the township and contains a varied landscape of open fields, woodlands, a portion of the Assiscong Creek, natural views and abundant wildlife. Perfect for long walks, the farm property can be accessed from a parking area located on Klinesville Road just north of Barton Hollow Road. 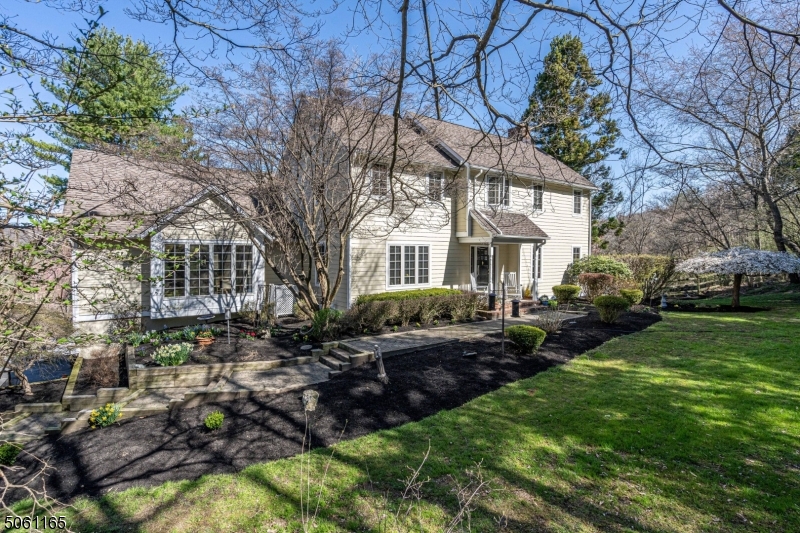 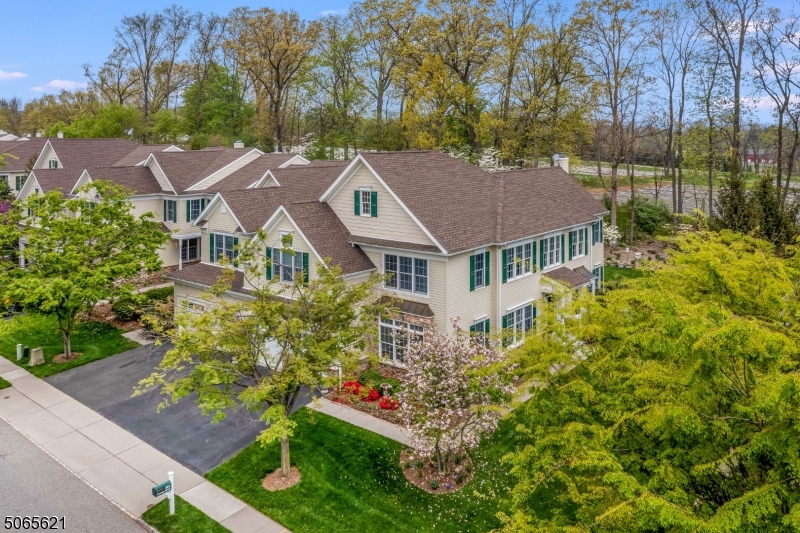 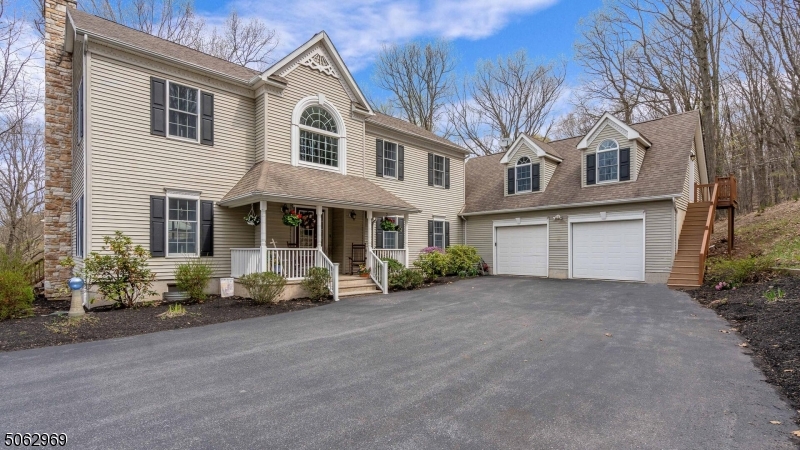 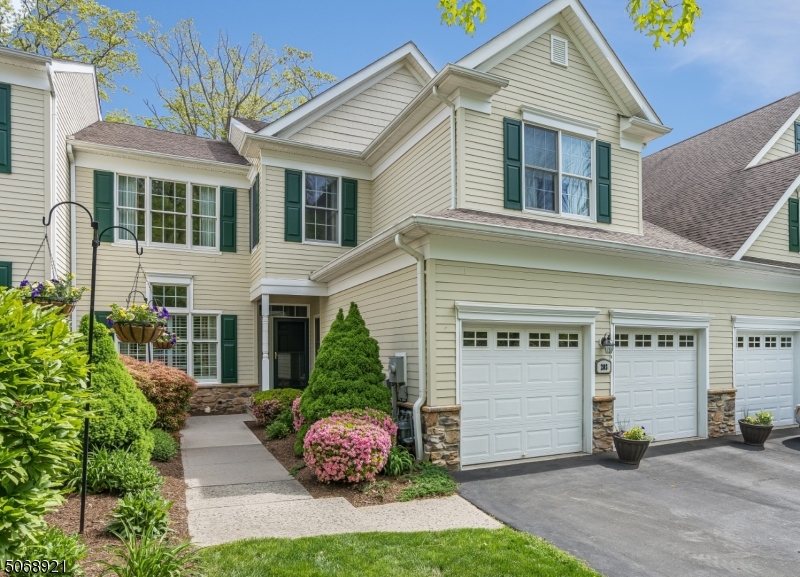