Some of the state’s most captivating scenery can be found in Tewksbury Township’s picturesque villages and hamlets. Oldwick, Mountainville, Cokesbury and Pottersville each have their own distinctive character, yet each also has iconic examples of restored antique homes, gracious country inns, old-fashioned general stores and an established church or two. These small villages are significant in their heritage; all are listed on the National Register of Historic Places. Located in northeastern Hunterdon County, Tewksbury Township measures about 31 square miles and is home to over 6,000 residents.

With long history dating back to the pre-Revolutionary era, Tewksbury Township was divided from Lebanon Township in 1755 by a Royal decree. In 1798, Tewksbury became one of New Jersey’s first recognized townships. Tewksbury is said to be named for the differently-spelled town of Tewkesbury in western England. To celebrate this fact, the two locations formed a sister city relationship in 2003.

Today, the decidedly rural feeling of the township is evidenced in its open spaces, equestrian trails and rolling farmland. Nearby suburban conveniences can be reached by Routes 78, 22 or 206 which are less than five miles away from nearly any part of Tewksbury. Bordering towns include Bedminster, Lebanon and Whitehouse Station.

Early European settlers in Tewksbury came from Germany in the mid-1700s in such great numbers that the area now known as Oldwick was originally called New Germantown. That name survived from 1754 until anti-German sentiments during World War I saw the name change to Oldwick, derived from the Anglo-Saxon term for an “old village.”

Pottersville was also settled in the 1750s, when mills owned by the Potter family identified the village as Potter’s Mills. After the post office was established in 1840, the name was changed to Pottersville.

In 2011, Tewksbury Elementary School was named a National Blue Ribbon School of Excellence by the Department of Education. Tewksbury Elementary is one of just four Hunterdon County schools to receive this honor since the Blue Ribbon program was implemented in 1982. Located in the Califon section of the township on 109 Fairmount Road East, students from kindergarten to grade four attend the school.

Voorhees High School has been noted in several major publications. New Jersey Monthly magazine ranked Voorhees as 59th on the list of top New Jersey high schools in their September, 2010 issue. Newsweek magazine also ranked Voorhees High School highly; on a list of 1,623 schools nationwide, Voorhees was 973rd. The Washington Post surveyed high schools in the United States and named Voorhees 830th on a list of 2,049 schools across the country.

Voorhees High School offers AP courses in wide-ranging subjects, from math and sciences to language and music. In the 2009-2010 school year, average SAT scores were 570 math, 536 verbal and 535 writing. Approximately 89% of Vorhees High School graduates go on to attend a two or four-year college.

Exit 24 of Interstate 78 is a convenient access point into Tewksbury Township. NJ Transit stations in nearby Whitehouse Station or Raritan provide rail service to midtown Manhattan’s Penn Station as well as Newark or Hoboken. Bus routes from Whitehouse Station head to Port Authority in New York City. Commuters are about 47 miles from Manhattan, 38 miles from Newark or 75 miles from Philadelphia.

Many of Tewksbury’s historic homes are located along winding country roads and in the township’s quaint hamlets and villages. Lovingly renovated Victorian, Federal, Gothic and Colonial homes have been restored to their original grandeur. Charming old farmhouses, stone homes and equestrian estates also make up some of the housing stock. Additionally, Tewksbury has many newer neighborhoods featuring luxury homes, estate-caliber residences and stylish townhomes.

The Tewksbury Athletic Association (TAA) offers a number of sports programs for men, women and children. These include baseball, softball, basketball, flag football, boys and girls lacrosse, travel and recreation league soccer, tennis, women’s softball, men’s basketball and softball, and chess for children and adults. The association stresses fair play in all its activities. Its website notes: “In TAA programs, while winning shall not be considered unimportant, it shall not supersede the striving to win within the boundaries of the rules and the ethics of sportsmanship in a fair competition of ability, effort and strategy. Therefore, the TAA shall not stress victory as the ultimate goal.”

Numerous organizations host annual events that are open to the public. For instance, the Tewksbury Historical Society sponsors a June garden tour, an end-of-the-summer flea market, an art show in October, and an antique show each December. The historical society also hosts a barn tour on years ending in an odd number, usually in July.

Christie Hoffman Farm Park contains 170 acres on Fairmount Road West acquired by the Township with funding assistance from Green Acres. Residents can play soccer on either of the two soccer fields, bird watch, hike or horseback ride through the park’s natural setting.

Whittemore Community Culture Conservation is named for Mrs. Helen A. Whittemore, who donated 180 acres of parkland to the Township. Its location of Rockaway Road hints at the fact that the sanctuary’s southern border runs along the Rockaway River. In addition to hiking and riding trails which wind through spectacular scenery, the Sanctuary offers a Nature Day Camp for children in the summertime.

Oldwick Fields Park is a 20-acre sports park with three baseball fields and two soccer fields. One of the township’s most popular venues, it is a short walk from the center of Oldwick village.

Hill and Dale Park was recently added to the township by the Green Acres program. Located on Parsonage Lot Road, this 90-plus acre property will eventually offer multi-purpose trails and a parking area for access to the wooded land, streams and vernal ponds.

Cold Brook Preserve at 65 Old Turnpike Road in Oldwick is a 287-acre multi-use facility with trails for mountain biking, hiking, cross country skiing or equestrian use.

Mane Stream is located on a 12-acre farm at 83 Old Turnpike Road in Oldwick. The organization offers therapeutic horseback riding, and until recently was known as the Somerset Hills Handicapped Riding Center.

Tewksbury Riding Trails are supported by the Tewksbury Trail Association. The group oversees a vast 100-mile network of horseback trails criss-crossing the township. Planned trail rides throughout the year, special events and fundraisers are planned by the association.

Melick’s Town Farm is the largest fruit grower in central New Jersey, with over 300 acres of land. Located at 170 Oldwick Road in Oldwick, pick-your-own strawberries, peaches, apples and pumpkins are available seasonally at this popular farm stand and shop. The farm is open seven days a week, April through December. Melick’s also operates a cider mill at 19 King Street in Oldwick.

Zion Lutheran Church was constructed in 1749, making it the oldest German Lutheran parish in the state. Located at 18 Miller Avenue in Oldwick, the original pastor was Justus Falckner, the first Protestant clergyman ever ordained in America. The very first service was held at the home of Aree van Guinee on August 1, 1714. Aree van Guinee was a freed slave who was born in Dutch Guinea, Africa. 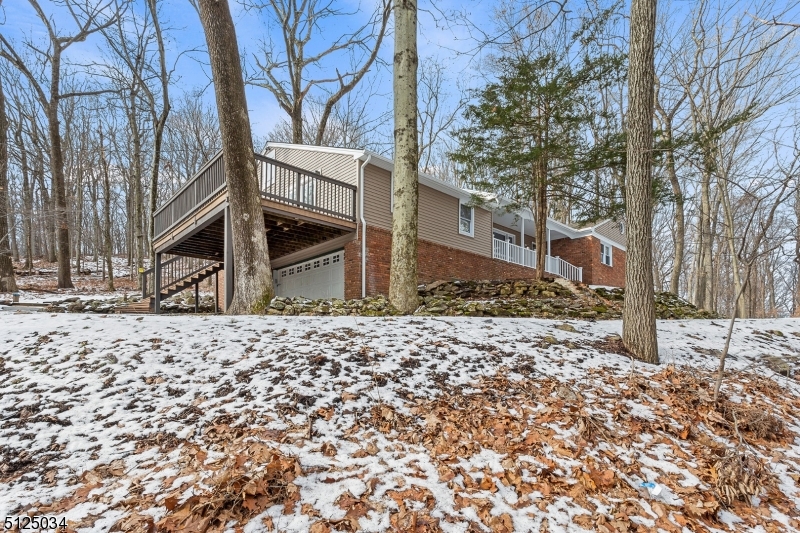 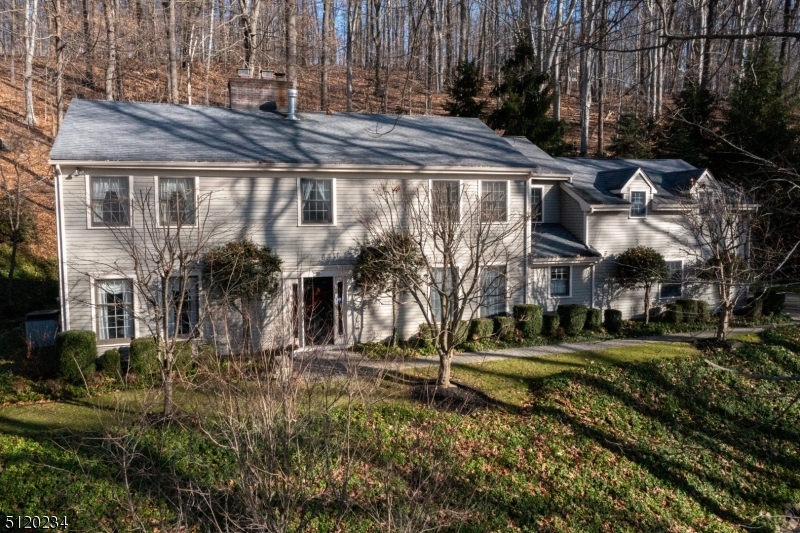 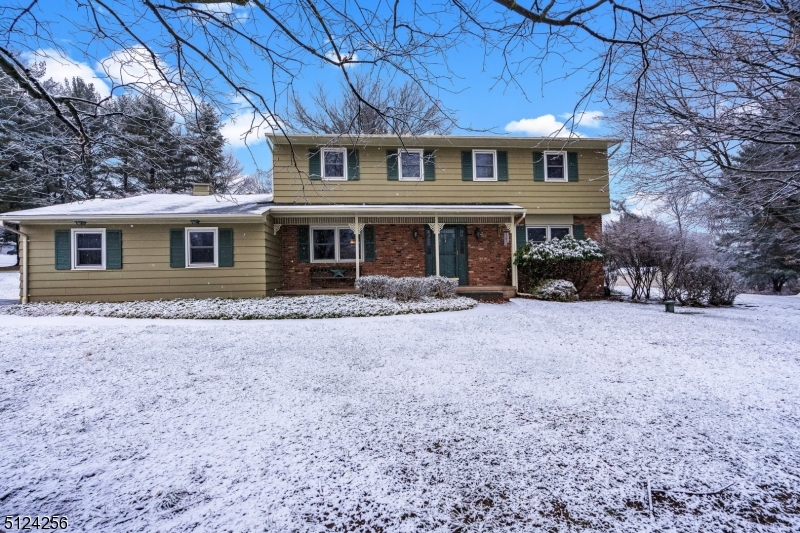