The most famous sites in the borough are two 19th century industrial mills. The Red Mill and the Stone Mill are located on opposite sides of an 1870 truss bridge crossing over the South Branch of the Raritan River and a flowing waterfall. Today, the circa 1810 Red Mill houses the Hunterdon Historical Museum while the Stone Mill, built in 1836, is home to the Hunterdon Art Museum.

Clinton borders High Bridge and the Townships of Franklin, Union, Lebanon, Readington, Raritan and Tewksbury. According to the 2010 census, the town of Clinton has just over 2,700 residents and Clinton Township has a population of about 13,740.

The two mills located in Clinton Borough have a long history reaching back to the time when agriculture and early industries relied on the water power supplied by the river. Back in the late 1700s, Clinton was called Hunt’s Mill after the Hunt family. Daniel Hunt constructed a few mills on one side of the Raritan River, and his son, Ralph, built his Red Mill on the facing river bank.

An act of the New Jersey legislature decreed Clinton as an incorporated township in 1841. About 25 years later, in 1865, the borough of Clinton was incorporated as a separate town. By 1929 the area was named for the governor of New York, DeWitt Clinton.

An incredible range of architecture characterizes Clinton. The borough of Clinton offers beautifully renovated antique homes from the Victorian, Colonial, Federal and Greek Revival periods. The township includes enchanting hamlets such as Annandale, Allerton, Readingsburg and part of Cokesbury, where many historic dwellings are located. Charming farmhouses and stately equestrian properties dot the countryside within the township. Newer developments featuring luxury homes on generously-sized properties are also located in the township. For those looking for a low-maintenance lifestyle, there are condominium and townhouse communities from which to choose.

Trans-Bridge Lines bus routes depart from a Park and Ride facility on Route 31 for an hour-plus trip to Port Authority. The company also has scheduled service to metropolitan area airports.

Interstate 78 and Route 31 are major arteries in Clinton Township. Commuters to Philadelphia travel along Route 31 South to access Interstate 95 just outside Trenton.

The local school district’s mission statement reads: “The Clinton Township School District, in partnership with the community, achieves excellence for each child by ensuring a meaningful and challenging education experience in a supportive environment, developing life-long learners who are responsible and productive citizens.”

There are four elementary schools in Clinton:

Opened in 1951, North Hunterdon has had numerous additions and updates over the years. The Lions are the high school’s nickname, while its mascot, Reggie, is a little wordplay from when the school used to be known as Regional. In addition to Clinton residents, the high school also serves students from Bethlehem Township, Franklin Township, Lebanon Borough and Union Township. Approximately 1,845 students are led by 161 faculty members, many with advanced degrees.

Sports leagues for school-age children, a municipal-run Recreation Department and an active senior group cater to Clinton’s wide range of age groups and interests. The North County branch of the Hunterdon County Library is located in downtown Clinton at 65 Halstead Street and was newly-built in 1999.

Round Valley Recreation Area at 1120 Lebanon-Stanton Road contains the Round Valley Reservoir and a variety of outdoor opportunities for swimming, fishing and boating. The 2,000-acre reservoir is 180 feet deep, making it the deepest lake in the state. It is stocked with lake trout and is one of the best scuba diving lakes in New Jersey. Round Valley is also one of the few parks to offer wilderness camping.

Hunterdon County Arboretum at 1020 Route 31 north is a 135-acre park designed with elegant formal gardens, gazebos, walking trails and a greenhouse. Thematic gardens showcase herbs or cut flowers as well as rock and butterfly gardens. The site is also the headquarters of the Hunterdon County Department of Parks and Recreation.

South Branch Reservation in the Hunterdon County Park System offers 1,347 acres of trails in addition to fishing, canoeing, cross country skiing and picnic sites. The reservation preserves the South Branch of the Raritan River watershed, and provides a wildlife habitat. There are several access points to the reservation in Clinton.

Spruce Run State Park Recreation Area at 68 Van Syckel’s Road is open all year long and its 2,012 acres offer areas for seasonal camping, fishing, boating and picnicking. The Spruce Run Reservoir covers 1,290 acres and is edged by 15 miles of shoreline.

The Landsdown Trail was originally a spur of the former Lehigh Valley Railroad. As a flat, graded rail trail, it is ideal for walking, jogging or biking. This 1.8-mile trail runs between Lower Landsdown Road and a the lumberyard on West Main Street in Clinton.

The Red Mill Museum Village at 56 Main Street is listed on the New Jersey and National Register of Historic Places. Open from April to October, visitors can visit the Red Mill, the 1860 Bunker Hill School House, log cabin replica built by volunteers, Mulligan Quarry and a variety of outbuildings.

Hunterdon Art Museum is located in the 19th century Stone Mill at 7 Lower Center Street. Changing exhibitions of contemporary art as well as summer art camps and classes for children, adults, schools, and other groups are on the calendar. The museum’s shop is known for its eclectic offerings. In an interesting historical note, the stone mill was re-built after a fire in 1836 on the site of a flour mill that is reported to have ground wheat for George Washington’s troops during their Morristown encampment in the Revolutionary War. 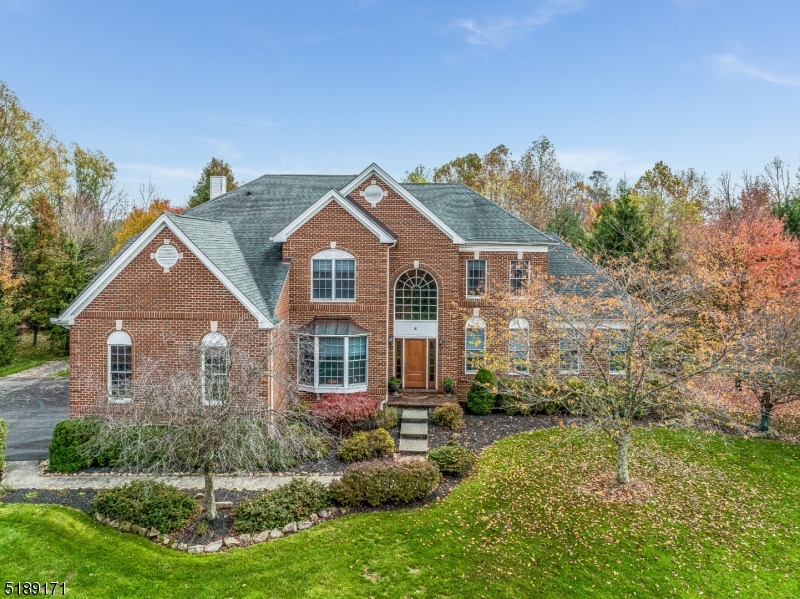 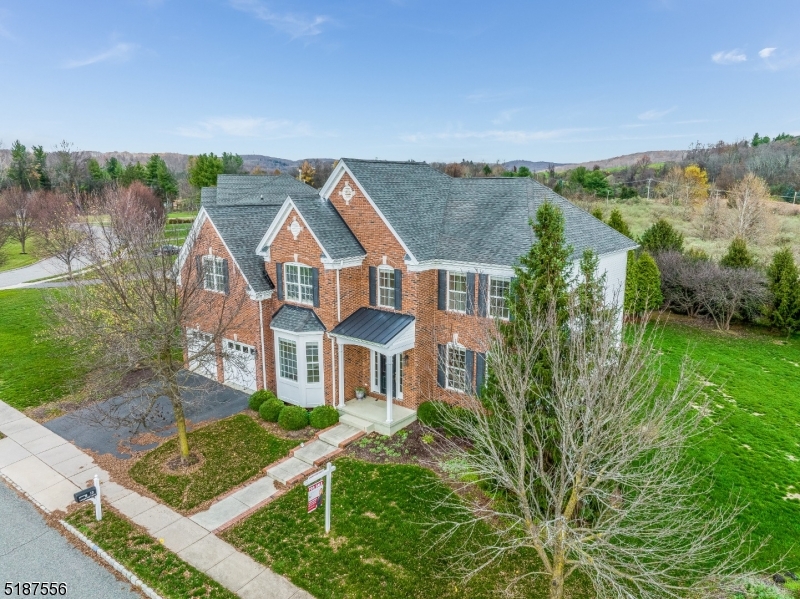 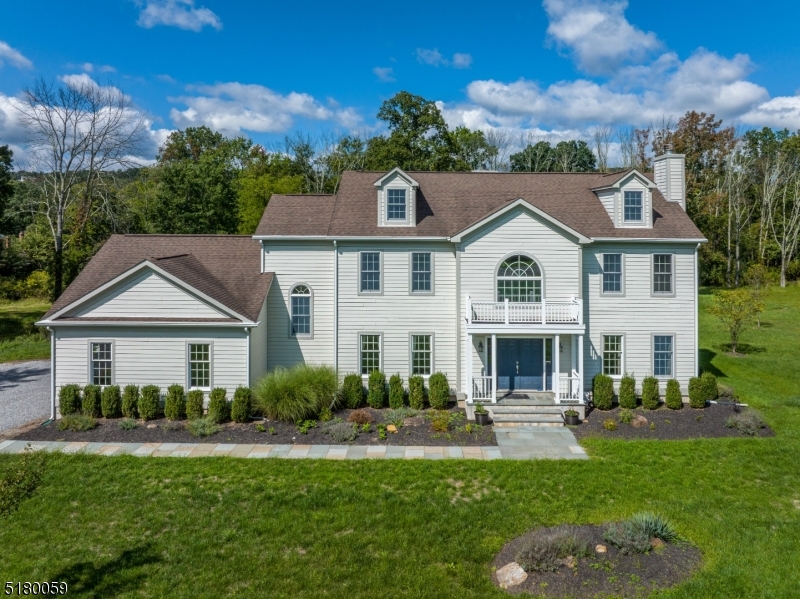 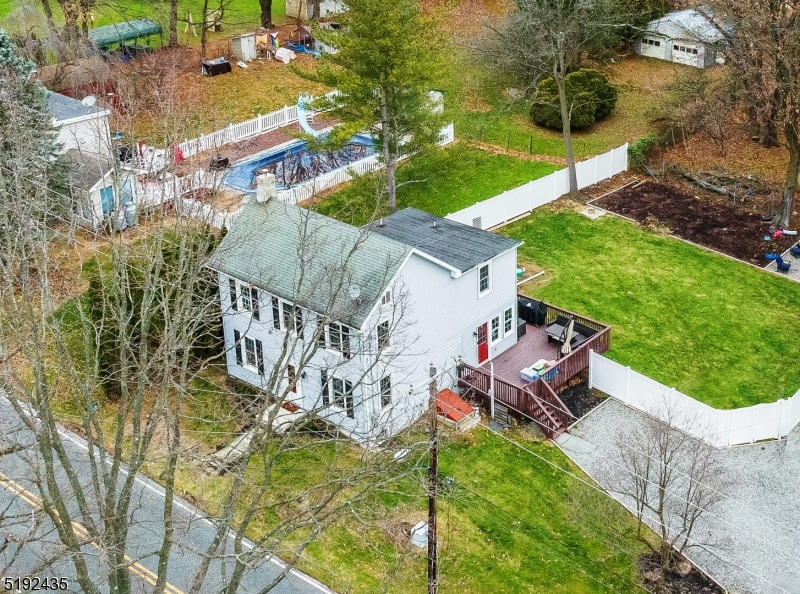 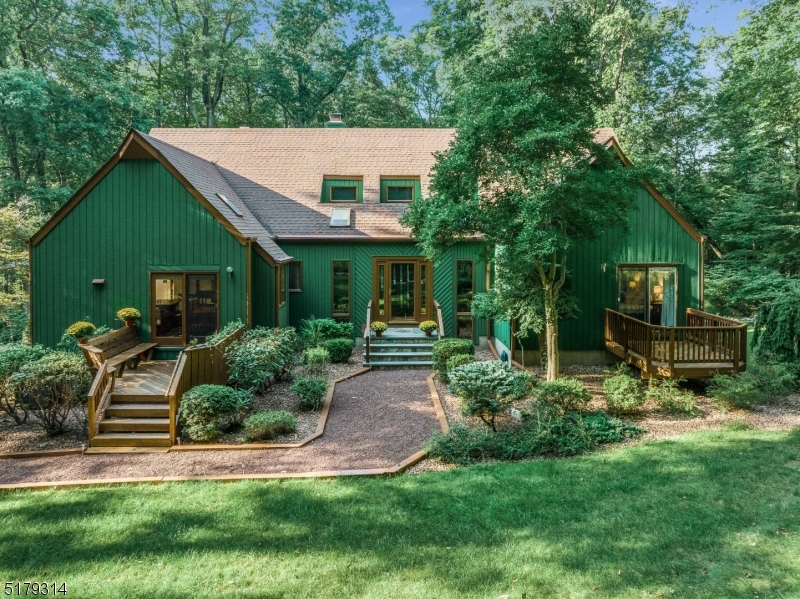