Mention Lebanon Township to area residents and you are likely to hear about a number of topics. First there’s the scenic beauty of this 32-square mile township, which is characterized by flowing waterways, leafy forests and plenty of recreational space. Community spirit is another aspect of living in Lebanon. From pancake breakfasts sponsored by the Fire Department, book sales at the local library and a summer movie night at Memorial Park, the calendar of events focuses on small-town fun. And while Lebanon has all the charm and appeal of a picturesque country community, it is also centrally located about ten miles from Interstate 78 for commuters.

Situated in northwestern Hunterdon County, Lebanon is bordered by Morris and Warren Counties. Neighboring towns include Annandale, Califon, Clinton, Long Valley, Readington and Washington Township. With a population of about 6,500, Lebanon has a longstanding history of farming and agriculture. The town is committed to retaining its rural nature with dedicated open space and conserved land.

Established in 1731, Lebanon was incorporated in 1798 and is home to many historic dwellings dating from the Revolutionary War era and beyond. Some of the earliest villages and established areas from the 18th and 19th centuries include Bunnvale, Anthony, Buffalo Hollow, Penwell, Red Mill and Woodglen. Testaments to those earlier days are active general stores in the Woodglen and Lebanon Borough sections of town.

Lebanon used to be called Jacksonville, Lebanonville, and Lebanonville Depot for its station on the Jersey Central Railroad. The Dutch Reformed Church appears in documents dating back to 1747, making it one of the oldest churches in Hunterdon County.

The State and National Registers of Historic Places recognized Lebanon for its quaint village atmosphere. Much of the architecture from earlier centuries are mainstays in the center of town. Lebanon was able to keep many of its buildings intact since the railroad station and major highways were sited away from the Main Street area. As a result, the designated historic district has nearly 250 notable structures. The district includes parts of Brunswick Avenue, Cherry Street, High Street, Maple Street and Main Street. Notable buildings are the old Fox and Hound Tavern at the Lebanon Hotel and a stone house at Main Street and Cokesbury Road which was a blacksmith shop and tavern in the early 1800s.

Lebanon Township has classic examples of restored antique Victorian and Colonial homes, farmhouses from the 1700s, stone houses, cottages, brick mansions, farmhouses and equestrian estates. There are waterfront homes on Spruce Run, the Musconetcong River and the South Branch of the Raritan River. Newer luxury homes are found in single-family neighborhoods such as Country Woods, Meadows at Lebanon, Valley View Estates and Califon Estates. Several townhouse, condominium and rental apartment communities also make up a portion of Lebanon’s housing stock and include Heights of Lebanon, Gristmill Village and The Commons at Lebanon. Presidential Place is a luxury rental building located just a mile from the train station, making it a popular choice for commuters.

NJ Transit offers local bus service plus a train station at the intersection of Cherry and Central Avenues. The Raritan Valley Line provides service from Lebanon to Penn Station in midtown Manhattan, a trip that ranges from 90 to about 110 minutes depending on the time of day. The train also has stops in Newark and Hoboken for those connecting to the PATH train.

Public school students in Lebanon attend elementary and middle school in the township. Kindergarten to grade four is housed at the Valley View School on Route 513, and the Woodglen School on Bunnvale Road is for grades five through eight. Both schools have a Califon mailing address although they are physically located in Lebanon.

Voorhees High School has been noted in several major publications. New Jersey Monthly magazine ranked Voorhees as 59th on the list of top New Jersey high schools in their September, 2010 issue. Newsweek magazine also ranked Voorhees High School highly; on a list of 1,623 schools nationwide, Voorhees was 973rd. The Washington Post surveyed high schools in the United States and named Voorhees 830th on a list of 2,049 schools across the country.

Voorhees High School offers AP courses in wide-ranging subjects, from math and sciences to language and music. In the 2009-2010 school year, average SAT scores were 570 math, 536 verbal and 535 writing. Approximately 89% of Voorhees High School graduates go on to attend a two or four-year college.

Lebanon Township has a number of private pre-schools, and there are numerous private elementary and high schools located throughout Hunterdon, Morris and Warren Counties.

The Lebanon Township Athletic Association was founded in 1980 by parents of children from Lebanon Township, Califon and the surrounding communities. From its humble beginning of 150 soccer players, the association has grown by leaps and bounds with a current enrollment of about 1,000 children participating in t-ball, soccer, basketball, softball and baseball leagues.

A full calendar of events enhances the close-knit atmosphere in Lebanon Township. Residents look forward to the Fourth of July parade down the historic Main Street and the annual Sunday in the Park Car Show at Memorial Park. The Senior Center at Bunnvale Church on Route 513 is a congenial gathering space. The Bourbon Street Blues Fest is a lively event held every May at Memorial Park. The lineup in 2012 included Rick Derringer, the Pat Travers Band, George Kilby Jr., 61 North, Citizens Band Radio and many more.

Memorial Park has a central location across the street from the Woodglen School on Bunnvale Road. Reflecting the spirit of its residents, many of the park’s improvements have been donated. Amenities include a playground, softball field, volleyball court, horseshoe pits, basketball courts and walking path. Late township resident Richard Cudina is recognized in the 9/11 Memorial, which contains the largest piece of steel recovered from the twin towers.

Hunterdon County Arboretum is a 63-acre county-owned park known for its natural beauty. In fact, the gazebos, gardens, terrace, pond and gardens are often used in wedding photography. The arboretum is located on Route 31.

Round Valley Recreation Area is located at 1220 Lebanon-Stanton Road and has wilderness camping facilities and mountain biking, hiking and horseback riding trails Spread out across 3,654 acres, the recreation area supports winter sports such as sledding, cross country skiing and ice fishing on Round Valley Reservoir. The Reservoir has a swimming beach with lifeguards, stocked lake trout fishing, and fresh water scuba diving. Notable for being New Jersey’s deepest lake, its lowest point measures 180 feet.

Ken Lockwood Gorge was named one of the ten most beautiful places in the state by New Jersey Monthly magazine, and it’s easy to see why. Partially located in Lebanon, the Raritan River passes through this natural wonder amid glacial rocks and dramatic scenery. It’s a favorite spot for fly fishers hoping to catch a trout.

Columbia Trail is a former rail line running from High Bridge to Morris County. This seven-mile expanse’s flat surface is ideal for bikers, hikers and cross country skiers, and it offers several connection points in Lebanon.

Miquin Woods contains 302 acres for recreation. Located on the former Camp Watchung, a Boy Scout camp on Newport Road, it was established in 1928 but closed in 1981. In 2003, Hunterdon County acquired the land and opened it to the public.

The Bunnvale Library is also known as the Lebanon Township Library and is a branch of the county library system. It is located at 7 Bunnvale Road in the old Bunnvale School #9, which was built in 1915 and designed by Peter Van Nuys. The library still has the building’s original school bell, tin ceilings and maple wood floors. In addition to its adult and children’s collections, the library has changing displays, story times and activities.

Township of Lebanon Museum is located in another former school building, the circa 1825 New Hampton School at 57 Musconetcong River Road. Admission is free and includes a replicated 1800s school room complete with old books, desks, blackboards and a wood-burning stove. Upstairs is the museum’s Lenni Lenape Indian collection, lecture room and exhibit area. Monthly programs, demonstrations and exhibits are on the calendar.

The Glen Gardner Inn at 161 Main Street in Glen Gardner is a former stage coach stop that has been in business since 1760. The present stone building dates to the mid-1850s and features immense walls that are two feet thick. Today, it is a popular spot for diners, and is said to have the oldest liquor license in New Jersey for an establishment that has remained in the same location. 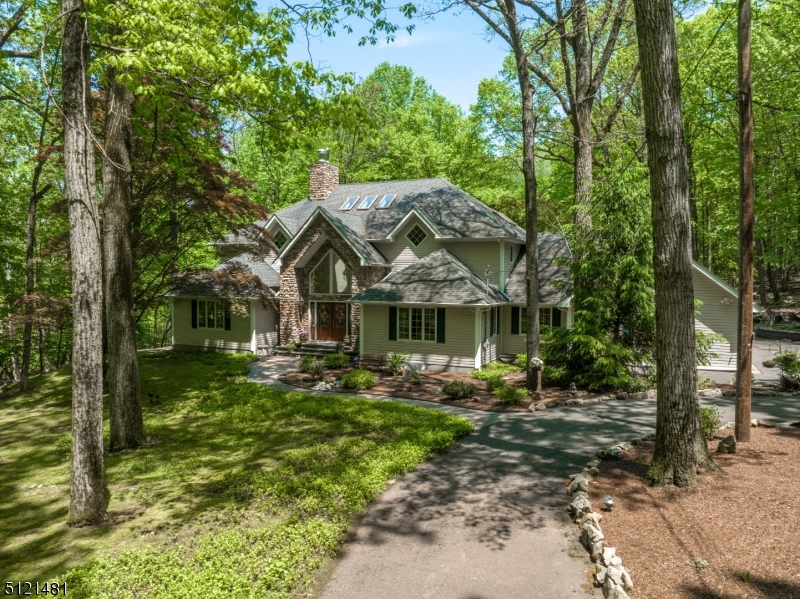 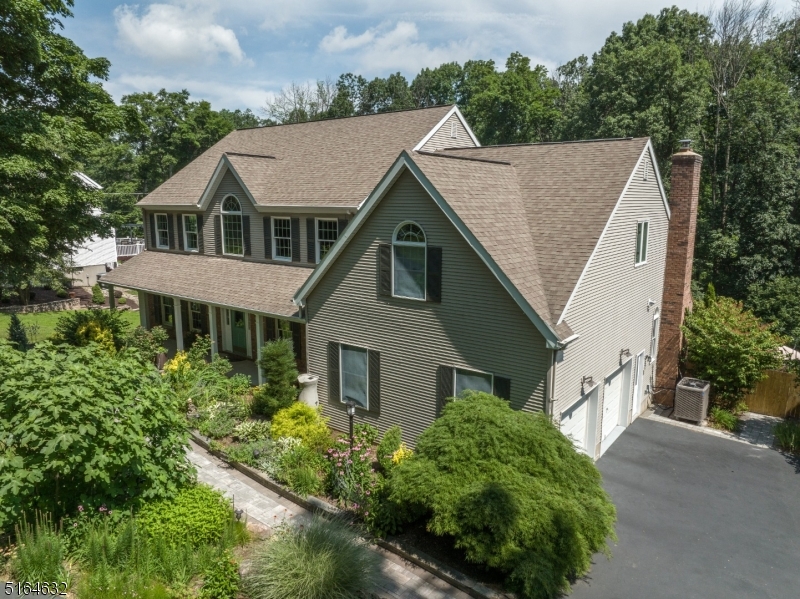 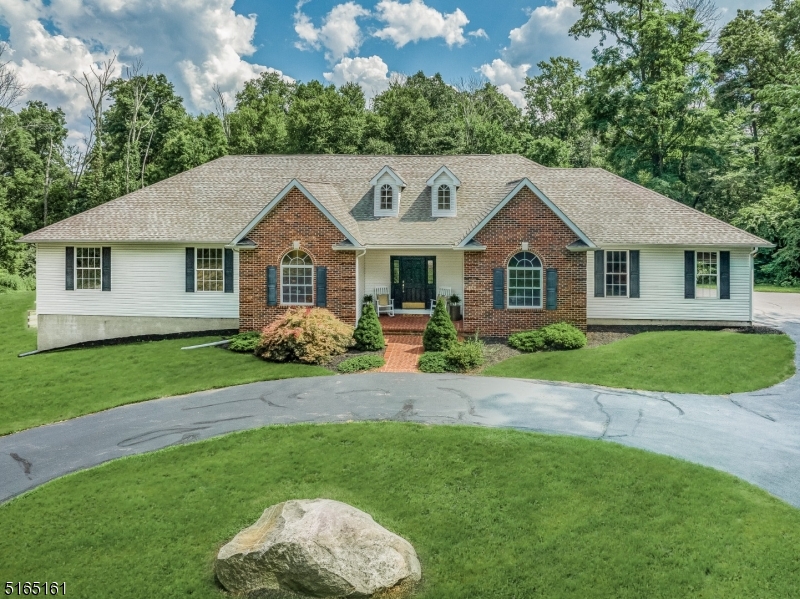 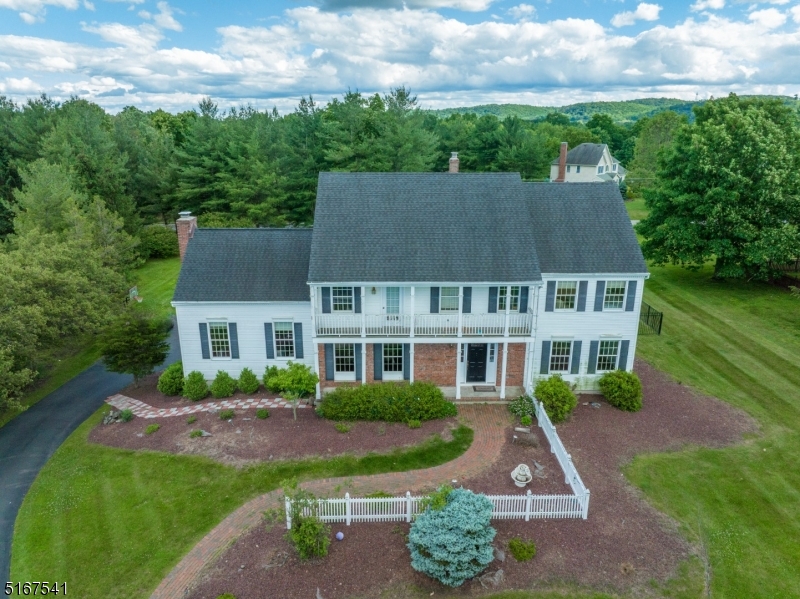 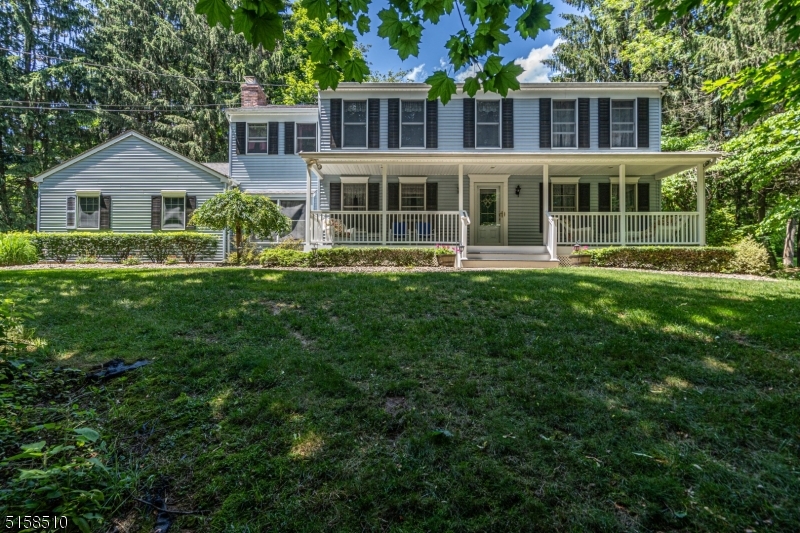